Not only does Nigeria have the highest number of diverse culturesand languages in Africa, it also has a vast array of dishes originating from each of these cultures, each one with its own unique taste and twists. In the past, dishes were localized within areas where the particular culture is dominant, but in recent times gastronomes and chefs have been putting these culinary delights into the world spotlight, by reinventing, combining recipes, or making the dishes the traditional way.

If Nigeria has a national meal, akara will be it. Called different names by different cultures, it is a street food that can be found in every corner of Nigeria. Akara is a simple but delicious meal, made from ground bean paste, deep-fried in groundnut oil to a golden consistency, and eaten either as a snack, a filling between slices of bread, or as an accompaniment to early morning akamu (pap). In her book, Longthroat Memoirs, Yemisi Aribisala describes a honey-infused akara that smacks of heaven. 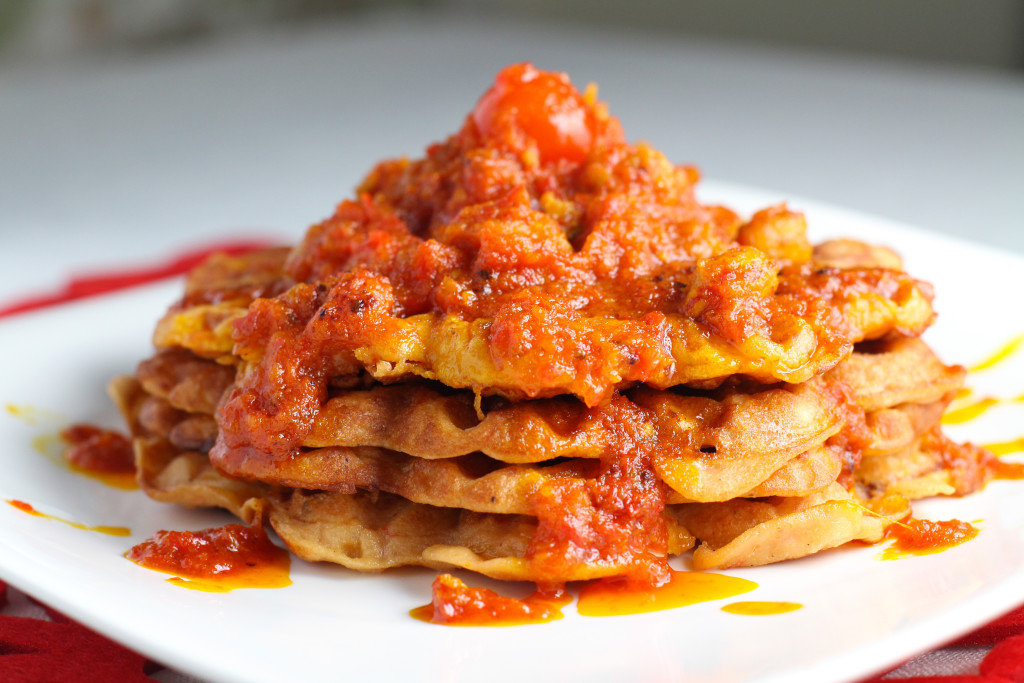 Note the special emphasis placed on the ‘Nigerian’ part of this Jollof rice, as this is to differentiate it from, say Ghananian Jollof Rice or even the original Wollof. There has been an ongoing online battle among African countries, called The Jollof Wars, to determine the best Jollof rice within the continent. To find out what makes this steamed rice – cooked with different vegetables and garnished with chicken, fish or beef – one needs to eat it. The proverbial ‘proof of the pudding is in the eating.’ 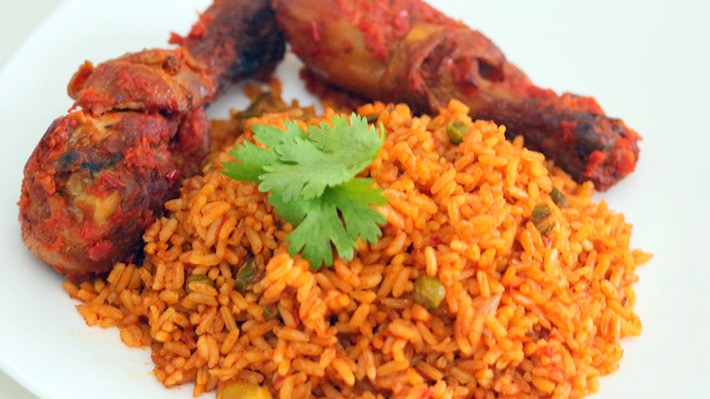 As the name implies, this soup is not for the fainthearted, it is ‘hot, hot, hot!’ – although the level of spiciness ranges from the mild to the eye-watering, air-gulping variety. Pepper soup is a stand-alone dish, usually eaten accompanied by a cold bottle of beer (or water), but some brave souls eat it with other meals. Pepper soup is made from a variety of spices and fish, beef, goat meat or chicken chopped into bite-sized pieces. 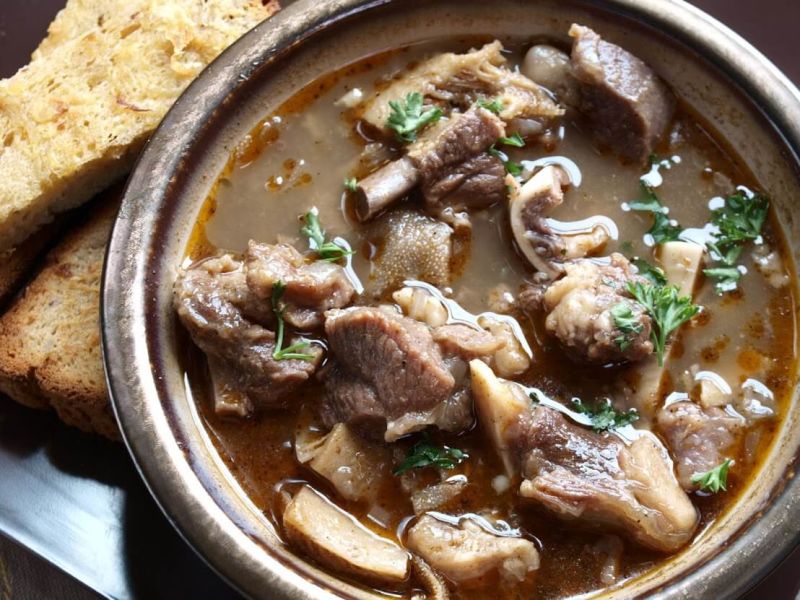 Masa is a sweet and sour rice cake from the northern part of Nigeria. Although predominantly eaten by the Hausa, it is gaining popularity and traction in other parts of Nigeria. As a meal, it is eaten with either miyan taushe (pumpkin soup) or yaji (spiced groundnut powder).

This delicious meal is a staple of the Efik people in Cross-Rivers. Made with the expensive vegetable, afang leaf, found only in the rainforest of Calabar and Cameroon. The soup is created from a mixture of afang leaf, water leaf, dried cod head, scotch bonnets, snails and a host of other ingredients. The soup can be eaten with garri (also known as eba – dried ground cassava prepared with hot water), pounded yam or semovita.

Moimoi, or moin-moin is a bean meal that can be bought from street corners, particularly in the southwest of Nigeria. The beans are peeled and ground with scotch bonnets and onions, and then wrapped in thaumatococcus leaves (ewe eran in Yoruba). According to Yemisi Aribisala and her book Longthroat Memoirs, for the moin-moin elemi meje variety (moin-moin with seven lives) you need eggs, flaked mackerel, corned beef, fresh prawns, cubes of beef, and smoked fish. 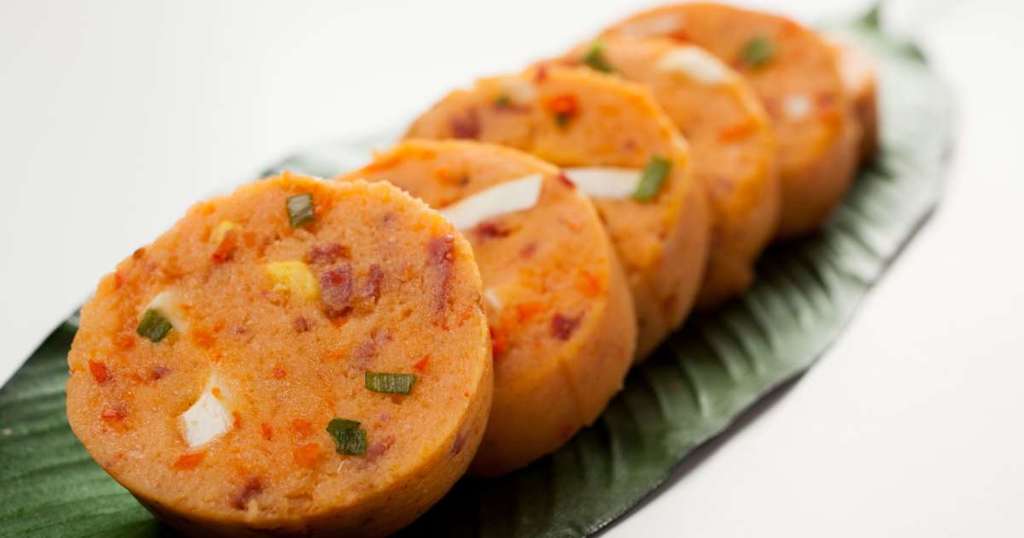 This dish was brought across the border from Benin Republic by the Aganyin people (Yoruba speaking) into the southwest. Ewa agoyin are specially prepared beans, cooked until the grains cling fluffily to one another, creating a melting sensation on the tongue. The kicker is the specially prepared stew it is eaten with. Ewa agoyin is usually eaten with hot bread loaves (called agege).

Ofe nsala (or white soup) is a special meal eaten in the southeastern part of Nigeria. The easy-to-make recipe makes it almost a staple in homes. Prepared by first making stock (goat meat, chicken, or catfish), and then thickening the stock with mashed yam. It is eaten with fufu, or starch, both made from cassava.

Source: This article was sourced from here:
https://theculturetrip.com/africa/nigeria/articles/nigerian-dishes-everyone-try/